Final agreement on Grand Ethiopian Renaissance Dam to be signed by end of February: Joint statement

Egypt, Ethiopia, and Sudan have agreed to entrust the US and the World Bank with the preparation of the final agreement on the filling and operation of Addis Ababa’s Grand Ethiopian Renaissance Dam (GERD), according to a statement by the five parties, following the latest round of negotiations which concluded in Washington on Thursday.

The agreement will be reviewed within the coming few days and signed by the end of the month, the statement said.

The foreign affairs and irrigation ministers of the three African countries reviewed the progress achieved by their technical and legal teams which were tasked with formulating a final and comprehensive agreement, including a detailed schedule for the filling and operating of the dam, during the last two weeks.

The talks witnessed discussions on the remaining issues necessary for a final agreement.

Per the joint statement, the ministers also reaffirmed the importance of transboundary cooperation in the development of the Blue Nile, on which the dam is being constructed, to improve the lives of the people of Egypt, Ethiopia, and Sudan, and their shared commitment to concluding an agreement.

Secretary of the US Treasury Steve Mnuchin said that the US and the World Bank had agreed to facilitate the preparation of the final agreement on the dam for consideration by the ministers and heads of state for conclusion by the end of the month.

In a separate statement on Thursday, Egypt’s foreign ministry said that the latest round of talks continued the discussions about elements of dam’s filling and operation agreement that includes filling the dam in stages and in accordance with specific procedures to deal with drought and years of scarcity that may coincide with the process of filling the dam.

It also touched upon long-term operating rules, which include the operation be in accordance with natural hydrological conditions.

The discussion also dealt with the coordination mechanism that will be responsible for the following up of the implementation of the dam’s filling and operation agreement, in addition to provisions related to dam’s safety and emergencies, and an obligatory mechanism to resolve any disputes that may arise.

The ministry also expressed appreciation for the role played by the US, and President Donald Trump, which it said led to a comprehensive agreement that serves the interests of the three countries. 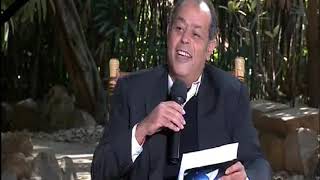